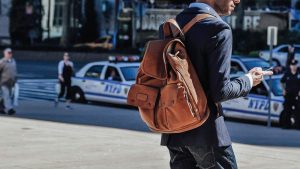 These backpacks have become a kind of a status symbol for the young crowds. People use them not only to make a fashion statement but also to reflect their status. Not only that, the use of designer backpacks by celebrities and stars has also gone a long way in popularizing them.

It must be noted that apart from the name and status, these backpacks also promise high quality. Most of them offer a guarantee against tearing or breaking of parts. Made from materials ranging from silk to leather to denim and velvet, designer backpacks are manufactured to satisfy every one’s style and liking.

Although superior in quality, designer backpacks are charged not only for the fine material used but also for the style and fashioning of the product. In other words, a consumer pays not only for the product but also for the new concept or idea. This results in an increase in the prices of these backpacks. Another thing to be kept in mind is that the more renowned the designer is, the more expensive his/her product will be. A major factor resulting in the high price and popularity is the fact that unlike traditional backpacks which are mass produced, the designer backpack are produced in much smaller numbers, thus giving the backpacks a certain degree of uniqueness.

However, when buying a designer backpack, one must purchase it either from one of the designer’s outlets or from a reputed showroom, as the market is filled with fake replicas of these backpacks. Most designers also give a certificate of authenticity along with the backpack. A consumer must insist upon this, as it certifies the product to be an original. These backpacks can also be ordered online, if one does not have the time to go shopping.